Just as he had followed his 1980 commercial breakthrough The River with the challenging Nebraska, Bruce Springsteen followed the most popular album of his career, Born in the U.S.A., with another low-key, anguished effort, Tunnel of Love. Especially in their sound, several of the songs, "Cautious Man" and "Two Faces," for example, could have fit seamlessly onto Nebraska, though the arrangements overall were not as stripped-down and acoustic as on the earlier album. While Nebraska was filled with songs of economic desperation, however, Tunnel of Love, as its title suggested, was an album of romantic exploration. But the lovers were just as desperate in their way as Nebraska's small-time criminals. In song after song, Springsteen questioned the trust and honesty on both sides in a romantic relationship, specifically a married relationship. Since Springsteen sounded more autobiographical than ever before ("Ain't Got You" referred to his popular success, while "Walk Like a Man" seemed another explicit message to his father), it was hard not to wonder about the state of his own two-and-a-half-year marriage, and it wasn't surprising when that marriage collapsed the following year. Tunnel of Love was not the album that the ten million fans who had bought Born in the U.S.A. as of 1987 were waiting for, and though it topped the charts, sold three million copies, and spawned three Top 40 hits, much of this was on career momentum. Springsteen was as much at a crossroads with his audience as he seemed to be in his work and in his personal life, though this was not immediately apparent. 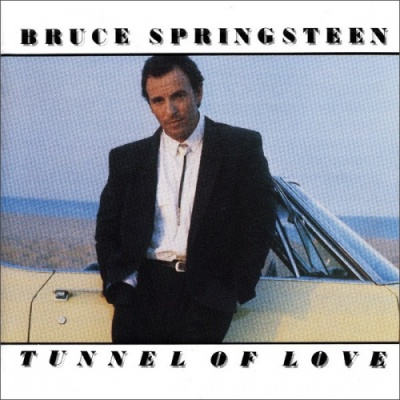