Bruce Springsteen's debut album found him squarely in the tradition of Bob Dylan: folk-based tunes arranged for an electric band featuring piano and organ (plus, in Springsteen's case, 1950s-style rock & roll tenor saxophone breaks), topped by acoustic guitar and a husky voice singing lyrics full of elaborate, even exaggerated imagery. But where Dylan had taken a world-weary, cynical tone, Springsteen was exuberant. His street scenes could be haunted and tragic, as they were in "Lost in the Flood," but they were still imbued with romanticism and a youthful energy. Asbury Park painted a portrait of teenagers cocksure of themselves, yet bowled over by their discovery of the world. It was saved from pretentiousness (if not preciousness) by its sense of humor and by the careful eye for detail that kept even the most high-flown language rooted. Like the lyrics, the arrangements were busy, but the melodies were well developed and the rhythms, pushed by drummer Vincent Lopez, were breakneck. 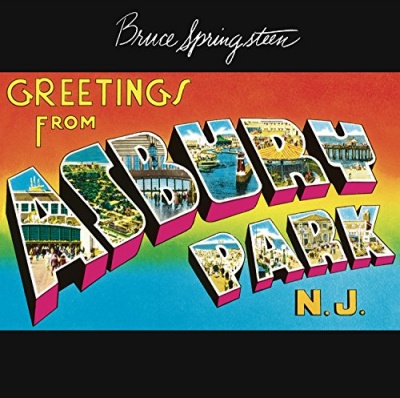