The Wild, the Innocent and the E Street Shuffle Review

Bruce Springsteen expanded the folk-rock approach of his debut album, Greetings from Asbury Park, N.J., to strains of jazz, among other styles, on its ambitious follow-up, released only eight months later. His chief musical lieutenant was keyboard player David Sancious, who lived on the E Street that gave the album and Springsteen's backup group its name. With his help, Springsteen created a street-life mosaic of suburban society that owed much in its outlook to Van Morrison's romanticization of Belfast in Astral Weeks. Though Springsteen expressed endless affection and much nostalgia, his message was clear: this was a goodbye-to-all-that from a man who was moving on. The Wild, The Innocent & the E Street Shuffle represented an astonishing advance even from the remarkable promise of Greetings; the unbanded three-song second side in particular was a flawless piece of music. Musically and lyrically, Springsteen had brought an unruly muse under control and used it to make a mature statement that synthesized popular musical styles into complicated, well-executed arrangements and absorbing suites; it evoked a world precisely even as that world seemed to disappear. Following the personnel changes in the E Street Band in 1974, there is a conventional wisdom that this album is marred by production lapses and performance problems, specifically the drumming of Vini Lopez. None of that is true. Lopez's busy Keith Moon style is appropriate to the arrangements in a way his replacement, Max Weinberg, never could have been. The production is fine. And the album's songs contain the best realization of Springsteen's poetic vision, which soon enough would be tarnished by disillusionment. He would later make different albums, but he never made a better one. The truth is, The Wild, The Innocent & the E Street Shuffle is one of the greatest albums in the history of rock & roll. 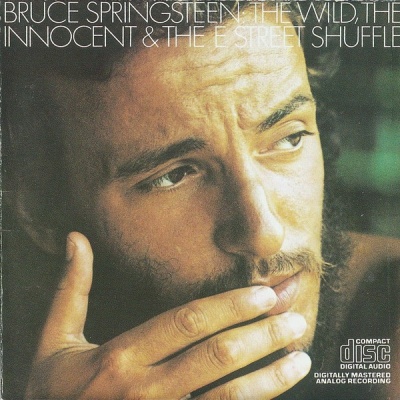 The Wild, the Innocent and the E Street Shuffle Album Information