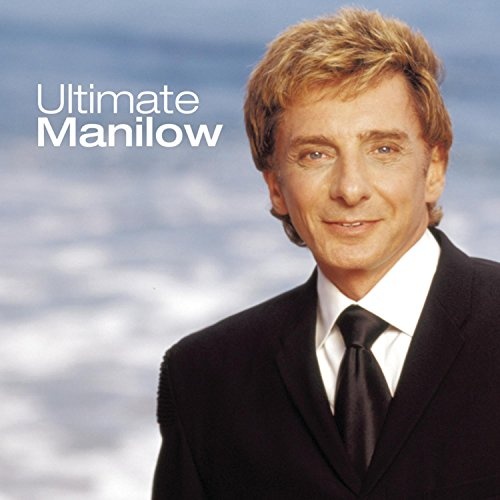 Unlike some other MOR pop stars, Barry Manilow never enjoyed the sort of swinging-hipster revival that made him a hot name to drop, ironically or otherwise. Incredibly enough, until the release of Ultimate Manilow in early 2002, there was no comprehensive single-disc hits package on the market -- a shockingly long wait for one of the most popular hitmakers of the '70s, hip or not (and clearly the demand was there; Ultimate Manilow entered the charts at number three). The 20 selections on Ultimate Manilow are arranged in the chronological order in which they became hits, and the emphasis here is on hits -- i.e., chart singles. Between 1974 and 1981, Manilow reached the Top 40 20 times, and 18 of those songs are present; the other two (minor early-'80s hits) were bumped by "Bandstand Boogie," Manilow's well-known version of the American Bandstand theme song, and "When October Goes," a track from his 1984 jazz-pop album, 2:00 AM Paradise Café. It's an extremely straightforward approach to a greatest-hits compilation, which is actually something to be commended given Arista's botched Whitney Houston best-of (where they omitted several songs to protect back-catalog sales, although that's not likely a concern with Manilow). So is anything missing? Nothing crucial; the only potential disappointment is for fans who love Manilow's detours into flamboyant, Broadway-style production numbers. The concentration on hits means that several great B-sides in that vein ("New York City Rhythm," "Riders to the Stars," "Beautiful Music," the endearingly awkward "Jump Shout Boogie") are not included. But that's really a small quibble, and there simply wasn't room for them anyhow. Ultimate Manilow lives up to its title by including everything a casual fan would want. The only question is, what took so long?