A Christmas Gift of Love Review

Barry Manilow's second seasonal collection, following 1990's Because It's Christmas, was released on Columbia Records, but that label berth appears to be a one-off for the singer, who followed his long tenure at Arista by signing to the jazz independent Concord for his last album, 2001's Here at the Mayflower. Maybe Columbia offered a bigger budget, since Manilow is awash in strings on a set of holiday standards. Those strings are arranged festively, and Manilow is in an appropriately festive mood, really throwing himself into the proceedings; it's his enthusiasm that makes this Christmas album a winner. There are songs actually written as Christmas carols, such as "Santa Claus Is Coming to Town," but Manilow also expands the usual repertoire to take in a number of tunes that have become associated with the holiday season over the years, even if they were not intended to be originally, notably Rodgers & Hammerstein's "My Favorite Things" from The Sound of Music and Joni Mitchell's melancholy "River" from her Blue album, which is certainly set at Christmas time even if it doesn't share the usual holiday sentiments. Inevitably, Manilow ends with his own new Christmas original, "A Gift of Love," which is a good song even if it isn't likely to join the ranks of the perennial copyrights. This is an enjoyable Christmas album in a traditional pop style likely to please both Manilow fans and others. 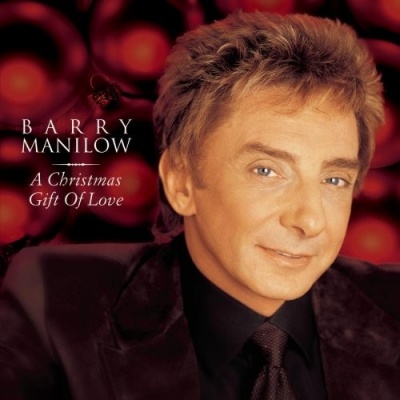