The key to Barry Manilow's somewhat pointless tribute to Frank Sinatra, creatively titled Manilow Sings Sinatra, are the arrangers Manilow and producer Phil Ramone hand-picked to guide the sessions: Johnny Mandel, Patrick Williams, Don Sebesky, and Artie Butler. They make this 14-song hat-tip listenable, providing top-notch arrangements to the otherwise stiff recordings. Tackling many of Ol' Blue Eyes' big ones (from "In the Wee Small Hours of the Morning" to "Strangers in the Night"), as well as writing two new odes to the man himself, Manilow dives into the material with both heart and soul. Indeed, there's nothing offensive about Manilow's takes on these classics; he pulls them off with class and style. But they've been done before, with more class and more style. And well-intentioned as this album may be, it's ultimately an unnecessary excursion. 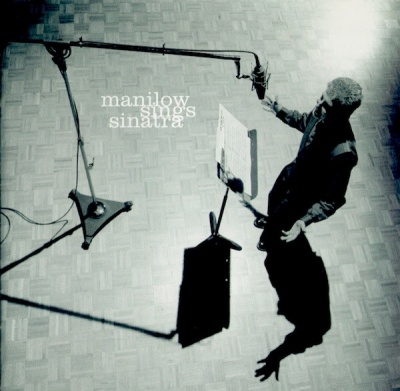