The Greatest Songs of the Eighties Review

Barry Manilow's Greatest Songs series enters its fourth decade with no reason to quit, not when the 1980s produced cartloads of adult contemporary nuggets and certainly not when the first three volumes performed so well on the charts. As on previous editions, Manilow and co-producer Clive Davis display a sure hand in their song selection, although that confidence also results in very few surprising choices. Virtually all of these are slick ballads originally performed by Manilow contemporaries or inheritors, artists such as Phil Collins ("Against All Odds"), Christopher Cross ("Arthur's Theme"), Bill Medley ("I've Had the Time of My Life"), Cyndi Lauper ("Time After Time"), Journey ("Open Arms"), Richard Marx ("Right Here Waiting"), and Wham! ("Careless Whisper"). The songs will all be familiar to anyone who lived through the '80s -- which, for Barry Manilow fans, is practically all of them -- and Manilow sings the songs straight, wringing maximum emotion out of each but bringing nothing new to the surface except the warmth and character of his strong voice. There's also precious little room here for new musical interpretations, barring only a light Brazilian vibe for Stevie Wonder's "I Just Called to Say I Love You." Believe it or not, there is indeed one surprise on The Greatest Songs of the Eighties, and it's a great one -- the only uptempo song is a cover of Rick Astley's "Never Gonna Give You Up," a large hit in England and America, but one that retained its popularity in the 2000s when the "Rick Rolling" prank phenomenon gave it more YouTube popularity than a thousand Richard Marxes. Still, there's no trace of irony in Manilow's version; like all the other songs here, he brings nothing more to it than what the song originally possessed. One of the intriguing characteristics of earlier volumes in the Greatest Songs series was discovering how Manilow and his co-arrangers would treat their updates of classic songs; here there's virtually no difference between Barry Manilow's covers and the sound of the originals, making them seem more like faceless soundalike versions than new interpretations. 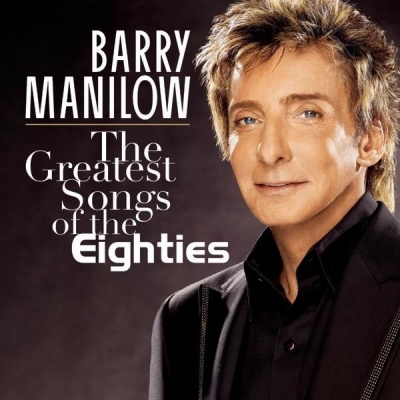 The Greatest Songs of the Eighties Album Information