The Greatest Songs of the Seventies Review

Barry Manilow not only lived through the '70s, but found most of his popular success during the Me Decade: he entered 1970 as a jingles writer and nightclub pianist but left 1979 as pop music's biggest star. While he was writing and performing the biggest hits of the decade, he undoubtedly was also admiring its best songwriting, from artists such as Paul Simon, Carole King, Elton John, Burt Bacharach, and Lennon/McCartney (the latter just barely fit in the '70s). And when the previous volume in his Greatest Songs series, The Greatest Songs of the Sixties, hit number two on the charts in late 2006, it was clear that a third volume would be just around the corner. The song selection on The Greatest Songs of the Seventies appears perfectly suited to Manilow's talents -- nothing too energetic, nothing rough or ragged -- and Manilow treats these songs just as he did on his albums of '50s and '60s classics, singing them straight while his band plays it smooth, with soft adult contemporary arrangements in the background. "(They Long to Be) Close to You" is among the best here, partially since it begins with Manilow and solo piano instead of the soft keyboard wash that marks most of the songs. Also, Manilow has a thoroughly good time on "It Never Rains in Southern California," but doesn't sound inspired by the most poignant ballads here ("The Way We Were," "Bridge Over Troubled Water," "How Can You Mend a Broken Heart"). As an added bonus, six classic Barry Manilow songs appear at the end under the title "Acoustic Manilow," although these versions are just as slick as what comes before; still, "Mandy" and "Copacabana (At the Copa)" are loose and relaxed winners. As on the previous volumes of Greatest Songs, what you see is what you get -- timeless songs sung by a familiar voice, with nothing but the most polished production values. 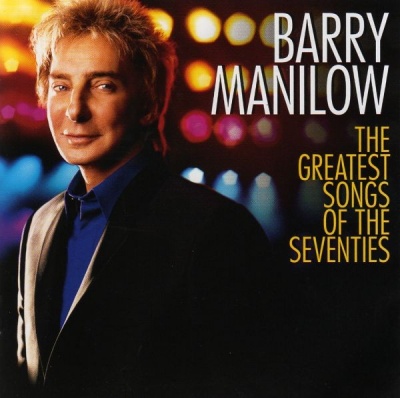 The Greatest Songs of the Seventies Album Information