By combining his deft skills as a tunesmith, an uncanny knack for catchy melodies, and a romantically appealing lyrical sensibility, Barry Manilow created a commercial package so effective that it ensured phenomenal success as an entertainer throughout the '70s, '80s, and '90s. This 1989 release finds Manilow in fine form, concentrating primarily on ballads swelling with dramatic arrangements (counting the number of ascending key changes from one end of the disc to the other is a fun game) and lyrics that concentrate on the trials and tribulations of relationships.

The opener, "Please Don't Be Scared," is an direct appeal to a friend or lover for emotional honesty. Manilow uses his gift for melody and his plaintive voice to construct another of his signature heartstring-tugging gems. "Once And For All" is a tender ballad, while "The One That Got Away" adds programming and synthesizers to the up-tempo side of Barry's songwriting palette. Even dressed in more contemporary clothes, Manilow is still a romantic bard for the people, and this self-titled disc is up to his usual crowd-pleasing standards. 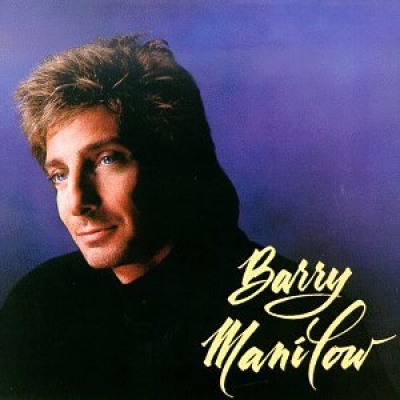