In the Swing of Christmas Review

Since Manilow released his previous delightful holiday album A Christmas Gift of Love in 2002, the legendary singer and entertainer became a Las Vegas staple and experienced a pop chart renaissance with his collections of greatest songs of the '50s, '60s, and '70s. True to its title, his engaging third Christmas CD is more swinging and jazzy than his other two, which had an interesting musical variety but were definitely more pop. Since his '70s heyday, the singer has done everything from brilliant jazz, big-band, and show tune projects to a fanciful Sinatra tribute, and here he creates unforgettable arrangements of many familiar songs that draw from all of these genres. Texturing his own voice, he creates a Take 6-flavored twist on "Silver Bells," then on "Jingle Bells," mixes a hard-driving jazz trio and '40s big-band-flavored approach with a touch of the whimsy of Barbra Streisand's famous version. His MaD Fusion trio featuring the wild piano improvisations of Matt Herskowitz adds inspired energy to a medley of two songs we've heard a million times but rarely as entertainingly, "Joy to the World"/"It's the Most Wonderful Time of the Year." Beyond enjoying Manilow's mix of unique jazzy vocal approaches with tender straightforward deliveries (as on "Have Yourself a Merry Little Christmas,"), what makes this perhaps his best Christmas disc are a few unexpected song choices: the beautiful "Violets for Your Furs" (best known as a song on Frank Sinatra's legendary 1954 album Songs for Young Lovers); the easy swinging, brass-inflected "Toyland," from Victor Herbert's operetta Babes in Toyland, and "Count Your Blessings," the "other song" Irving Berlin wrote for the film White Christmas. Fans of Manilow and Christmas music would pick up this disc even if it was average and prosaic, but the obvious love the artist put into these fresh choices and arrangements makes it one of his most unique and inspired efforts ever. 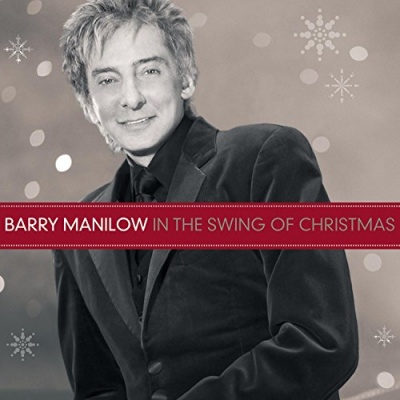 In the Swing of Christmas Album Information