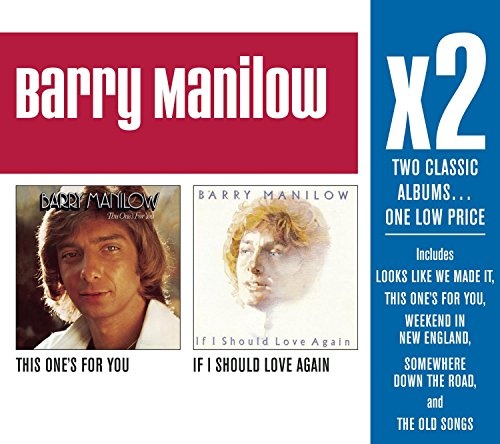 As part of the Sony Legacy 2X series, this budget edition features a pair of LPs by Barry Manilow: This One's for You and If I Should Love Again, originally issued on Arista in 1976 and 1981, respectively. Highlights among the tracks include "This One's for You," "Daybreak," "Weekend in New England," and five bonus tracks.