Willie Nelson's volume in the Columbia/Legacy series The Great American Songbook is a charming oddity, since he's not only the sole contemporary artist represented, but also the sole country singer. Unfortunately, Nelson's volume is also one of the weakest entries in the series, more interesting to consider than to experience. That's because it draws fairly evenly from Nelson's several traditional pop albums, which are generally dull, with the major exception of Stardust, his 1978 blockbuster that has lost absolutely none of its charm over the years and remains a landmark. Other exceptions here are "One for My Baby" and "Tenderly," two of the better songs from One for the Road, Nelson's 1979 double-album collaboration with Leon Russell. The remaining songs here are drawn from Nelson's progressively over-produced and overly refined '80s albums Somewhere Over the Rainbow (1981), Without a Song (1983), and What a Wonderful World (1988). On their own, these '80s performances are fine, characterized by well-known songs and mannered deliveries; sequence them alongside the '70s performances from Stardust and One for the Road, however, and they become off-putting. In retrospect, the spare and nuanced performances of Stardust have retained their easy sense of wonderment over the years while the '80s performances have aged poorly: on the latter, Nelson seems disengaged vocally, perhaps because he was churning out an album every few months during this era, and the production seems unnecessarily glitzy, if not downright tinny, as if it were canned. Indeed, the '80s were unkind to Nelson, even if he did enter the decade on a roll commercially, enjoying huge hits like "On the Road Again" and "Always on My Mind." But -- again, with the exception of the '70s performances here -- there are no such major hits on The Great American Songbook. Anyone truly interested in hearing Nelson in this mode should bypass this boilerplate compilation and head straight to Stardust without thinking twice. Beyond Stardust, you're recommended to pick up Nelson's traditional pop albums individually in chronological order. Somewhere Over the Rainbow and Without a Song were released on CD and are dirt-cheap, as is What a Wonderful World, though that late-'80s album is the least enjoyable of the bunch. 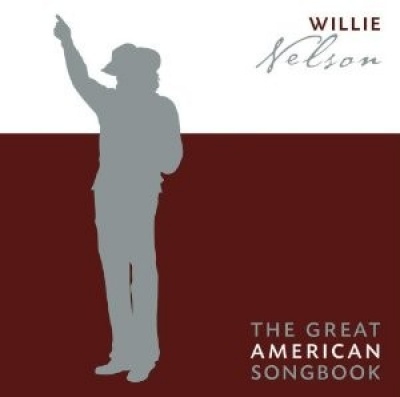