Ride Me Back Home Review

Like so many Willie Nelson albums of the 2010s, Ride Me Back Home bears a title that appears to be a vague nod to Nelson's mortality. Unlike, say, God's Problem Child or Last Man Standing, the cloud doesn't appear to hang so heavy on Ride Me Back Home, but maybe that's because the album is amiably unkempt in a way its immediate predecessors were not. Some of that is due to how Nelson and his longtime producer Buddy Cannon don't rely heavily on original material this time around. The pair write four originals, while Nelson collaborates with Sonny Throckmorton on the elegiac title track. Generally, Nelson's originals provide Ride Me Back Home with its liveliest moments: "Come on Time" is a wry shuffle, "One More Song to Write" floats through on a coastal breeze, the jazzy swing of "Seven Year Itch" is delivered with a sly grin, and "Stay Away from Lonely Places" seems inspired by the Sinatra tribute he delivered just prior to this album. Elsewhere, Nelson gets considerable mileage from a couple of Guy Clark songs, wringing out the heartbreak on "My Favorite Picture of You" and providing some understated social commentary with a delicate reading of "Immigrant Eyes." Despite "Immigrant Eyes" and the occasional air of melancholy, Ride Me Back Home isn't a particularly serious album, nor is it necessarily a cohesive one. Just as it enters a hazy after-hours vibe, it takes a sudden left-turn into soft rock with a mellow rendition of Billy Joel's "Just the Way You Are." This isn't the only descent into '70s cheese, either: Nelson brings in his sons Lukas and Micah to sing Mac Davis' "It's Hard to Be Humble." The presence of these Me Decade chestnuts on an otherwise handsome, burnished collection is slightly disarming yet they're also ingratiating, since they help give the record the feel of a dusty old LP, a record that's comprised of low-key gems and amiable throwaways. This retro vibe is appealing and it also helps undercut whatever lingering sense of fatality hangs over the album, since it suggests that Ride Me Back Home isn't a statement, but rather just another enjoyable record in a long line of enjoyable records. 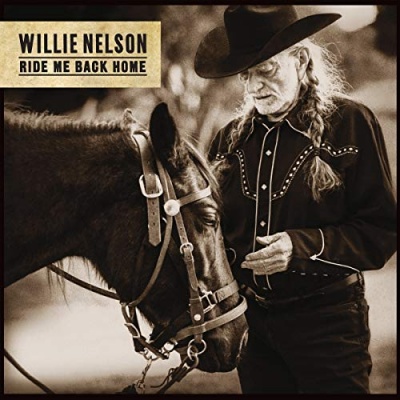 Ride Me Back Home Album Information