Though mid-'70s albums like Shotgun Willie and Red Headed Stranger are often held up as the finest examples of Willie Nelson's album craft (showcasing the country legend exploring his chosen theme over the course of records that played like unified song suites), Yesterday's Wine, their 1971 predecessor, should also take its rightful place among his best-loved works. A series of meditations on God, love, and aging, these songs are fragmented reflections on the life of Nelson's "imperfect man" as he approaches death. Though the story isn't as tightly constructed as that of Red Headed Stranger, this fact lends Yesterday's Wine a feeling of malleability that adds to its power. At the album's heart are "Summer of Roses," "December Day," and the title track -- songs that detail a sense of longing and loss with the changing seasons mirroring the narrator's own life. Throughout, the outlaw subtext Nelson would become associated with a few years later is replaced by an underlying religious faith. While there may not be any songs here of the same caliber as "Whiskey River" (Shotgun Willie) or "Blue Eyes Crying in the Rain" (Red Headed Stranger), many of the numbers stand on their own, outside the album context. "Family Bible," "Me and Paul," and the title track are all particularly fine examples of Nelson's songcraft. As a whole, Yesterday's Wine provides further insight into the development of his art during this prolific period. 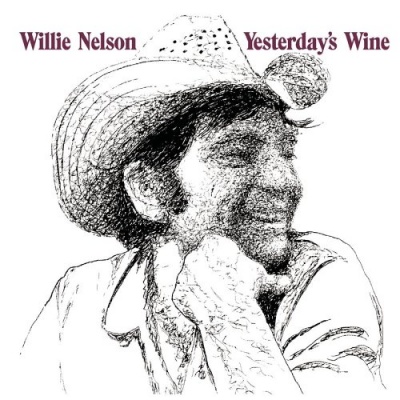