Willie Nelson started calling his backing band the Family way back in 1973, right around the time he split from RCA, grew out his hair, and headed back to Texas. The Family also are featured on Willie Nelson Family, but this 2021 album is designed to feature his kin, including his sister Bobbie, his sons Lukas and Micah --the linchpins of Promise of the Real, sometimes backing band of Neil Young -- and daughters Paula and Amy. Everybody has played on one of Willie's records at one point or another -- Bobbie has been by his side for years -- but the mingling of voices is notable, especially when one of his children takes the lead. At this stage, Willie is sounding a bit craggy, so having softer, supple voices offering support sounds warm and sweet. The Nelsons focus on country gospel material for their joint effort, but they bend the rules a bit, opening the album with Willie's outlaw classic "Heaven and Hell" and offering a dreamy version of George Harrison's "All Things Must Pass" as the record's centerpiece. Around these two pieces of secular spirituality lie a bunch of country gospel standards, all given nice relaxed readings that showcase Nelson's fleet guitar, Bobbie's piano, and harmonica from Mickey Raphael. If this didn't mark the last recordings of Willie's longtime righthand man Paul English -- the drummer who was immortalized in "Me and Paul" -- this wouldn't necessarily seem like a noteworthy album: it's too relaxed, too casual to be considered major. Its low-key nature is also the appeal of Willie Nelson Family -- it's the sound of an informal jam session by one of the best musical families in America, so it's easy to enjoy even if it feels decidedly minor. 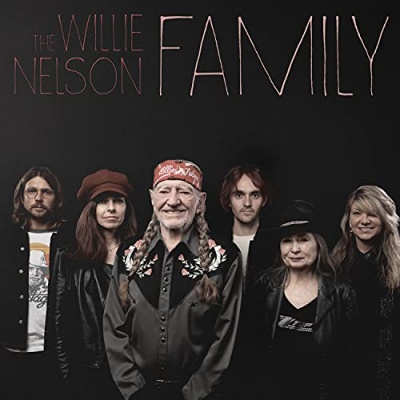