Mortality hangs over God's Problem Child, Willie Nelson's first solo album of original songs since 2014's Band of Brothers. Since that record, Willie lost several friends and he's also been the subject of several death hoaxes, a subject he tackles with a grin on "Still Not Dead," one of seven originals Nelson co-wrote with his longtime producer, Buddy Cannon. "Still Not Dead" provides a gateway to the rest of God's Problem Child, where Willie looks at the world with a blend of bemusement and melancholy suiting a road warrior who is still going strong in his eighties. Nelson is in better voice than he was in 2016, when he released two tribute LPs, and his band has a relaxed gait that harks back to his classic outlaw records of the '70s but feels mellowed with age. Not that the album moves slowly. "Little House on the Hill" gets things off with a skip and the record regularly returns to a laid-back groove that's often punctuated by blues, honky tonk ballads, and lazy laments. Whenever Nelson looks at his twilight years, it's either with clear eyes or bemusement: he salutes his friends who have crossed over on the lovely "Old Timer" and admits that "It Gets Easier" when you get older because you can let your feelings fade, but he gets a kick that he's still around to experience it all. His sense of humor remains sharp -- "Delete and Fast Forward" is one of the best expressions of exasperation at the state of the world in the late 2010s -- and his sentiment isn't sticky; he salutes the late Leon Russell by leaving in his old friend's guest vocal on the title track and pays tribute to Merle Haggard with "He Won't Ever Be Gone." All these songs hang together -- they're songs about love, loss, memory, and mistakes -- but God's Problem Child isn't a song cycle, nor is it a major statement. It's simply an uncommonly strong latter-day record from Willie Nelson: there isn't a hint of fussiness and the songs and the performances are so understated, they only seem richer with repeated spins. 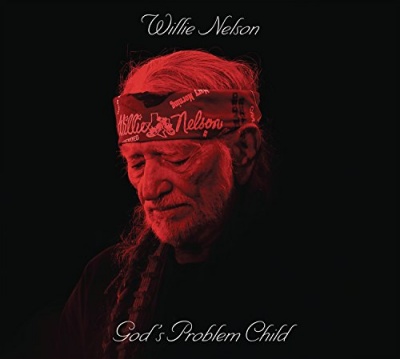