Mortality hangs heavily on A Beautiful Time, as perhaps it should. The album came out on April 29, 2022, a day that's otherwise known as Willie Nelson's 89th birthday, and it arrived roughly two months after the death of his sister Bobbie, who played alongside him for the better part of 40 years. A Beautiful Time was recorded long before Bobbie's passing, with Buddy Cannon -- the producer who has been Willie's regular collaborator since 2012, when he returned to Sony/Legacy with Heroes -- supervising sessions that feature musicians who've been regulars on Nelson's albums over the last decade. All of this means A Beautiful Time is very much of a piece with the records that immediately proceed it, albums that also feature Nelson pondering mortality, yet there's a sense of earned wisdom and wry humor that elevates it above such elegantly mellow records as First Rose of Spring. Some of this sensibility derives from how Nelson doesn't shy away from the inevitable, singing about death directly: the opener, co-written by Chris Stapleton and Rodney Crowell, is called "I'll Love You 'Til the Day I Die" and he later sings "I Don't Go to Funerals," delivering the punchline "and I won't go to mine" with a shrug. "I Don't Go to Funerals" is one of several fine originals by Nelson and Cannon, a batch that includes the remarkable "Energy Follows Thought," a meditative and cautionary tale of acting upon rash impulse. These weightier numbers are balanced by such lighter moments as the warm nostalgia of "My Heart Was a Dancer" and "We're Not Happy (Til You're Not Happy)," a wickedly funny portrait of playing poker with Willie. Appropriately for an album fixated on mortality, Nelson embraces his diminished vocal range, letting his breathiness convey bittersweet sentiment along with dry wit. His dusty singing is countered by his robust guitar, his fleet, melodic solos lending a sense of earthy grace to the barroom shuffles and waltzes. Nelson's guitar and voice have intertwined and complemented each other throughout his career yet it's still a marvel to hear him find sustenance and surprises within his music, and that's what makes A Beautiful Time so rewarding: it's no small achievement that Willie Nelson is still deepening his artistry at the age of 89. 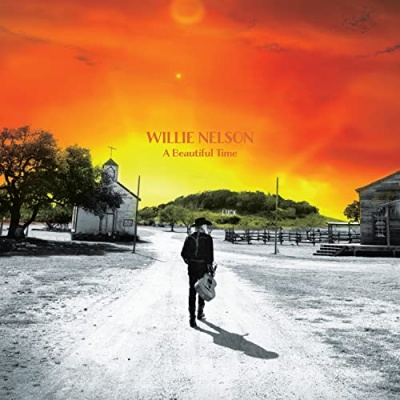