For the Good Times: A Tribute to Ray Price Review

Willie Nelson joined Ray Price's Cherokee Cowboys in 1961, the first step in a lifelong friendship between the two men. From that point on, the pair never fell out of touch. At the height of his superstardom in 1980, Nelson cut a duet album with Price called San Antonio Rose, the first of three joint efforts they'd cut over the years. Whenever the pair got together, they'd sing the old songs, Western swing standards and honky tonk classics from the '50s and '60s -- the songs that form the core of For the Good Times: A Tribute to Ray Price, a salute Willie delivered three years after Price's 2013 death. Supported by producer Fred Foster and arranger Bergen White -- a duo who also were friends with Price and completed his final album, Beauty Is -- Nelson doesn't make any attempt to freshen up these songs, which is the album's charm. Nelson salutes every phase of Ray's career, reviving the lush Nashville strings of Price's early-'70s hits in addition to the dry, dusty Texas two-steps and Ray Price shuffles. All of these sounds are considered traditional from the vantage of 2016 and, in effect, For the Good Times extends the tradition, not through reinvention but rather adherence. Nelson has been singing these songs all of his life, recording them several times a decade, but instead of seeming recycled, For the Good Times underscores how the song may remain the same but the singer does not. Nelson is showing his age -- his voice is leathery and tattered, much thinner than it was just ten years ago -- and yet that's part of the point of the album. Willie sang these songs with Ray and now that Price is gone, Nelson sings them a little differently, his love and melancholy accentuating his weathered voice. It makes for an affectionate and bittersweet album, one that is a fitting tribute to a lifelong friend. 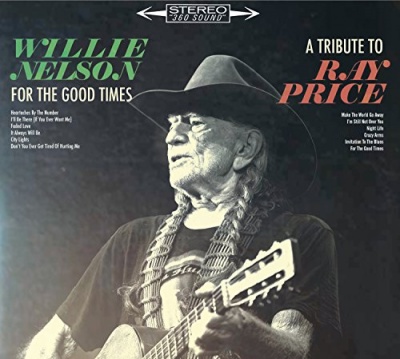 For the Good Times: A Tribute to Ray Price Album Information