Greatest Hits (& Some That Will Be) Review

Greatest Hits (& Some That Will Be) was released in the fall of 1981, summarizing a remarkable seven-year stretch of extraordinary success that began when the iconoclastic Red Headed Stranger, Willie Nelson's first album for Columbia, became a smash hit not long after its 1975 release. From that point on, Nelson became an American popular music icon and a fixture at the top of the country charts, something that was all the more remarkable because he rarely played it safe: he sang pop standards, jammed like the Grateful Dead, recorded tributes to heroes like Lefty Frizzell, and did duet albums with both mentor Ray Price and fellow maverick Leon Russell. It was a far-ranging, unpredictable body of work, with each individual album retaining its own distinctive character, and Greatest Hits manages to pull off the nifty trick of making sense of these records in two records (now one CD) and 20 songs. Sequenced like a set list, not according to strict chronological order, the collection manages to hit all the major singles, but does so judiciously, making sure each of the records and musical moods get equal pay. So, there is no overdose of Stardust material, and even album tracks like a moving version of "Look What Thoughts Will Do" get a hearing. Consequently, this Greatest Hits is far more than a mere recitation of familiar items. It is something much better -- a rounded, full-bodied portrait of Willie in all of his idiosyncratic spleandor, which is about as much as could be asked from a hits collection. And that's why it's worth having, not just as an introduction, but just as a splendid listen on its own terms. 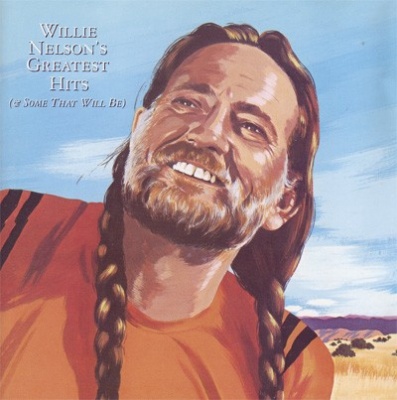 Greatest Hits (& Some That Will Be) Album Information