Leonard Cohen seems singularly determined to document his adventures in live performances which began when he returned to the concert stage in 2008, and Live in Dublin is the third live album Cohen has released in just five years. Given how satisfying 2009's Live in London was, one might reasonably wonder how badly one would need another concert souvenir, especially in such a short period of time, but comparing Live in Dublin with Live in London and 2010's Songs from the Road, one can readily see how Cohen's live show has seasoned since he returned to duty. If Live in London documented an unexpectedly revitalized and engaging performer, Live in Dublin shows he's since grown into a showman in the best sense of the word. If Cohen seemed pleased to greet his audience in 2009, on this recording of a September 2013 concert, the venerable singer and songwriter delights in the push and pull between himself and those who've come out to see him, and his songs of love and Eros have actually become more vital as Cohen's performances have gained strength, confidence, and passion; if a sandy-voiced septuagenarian could ever make a convincing seducer, it's this guy. Cohen's voice is still as craggy as one might expect from a man of 79, but his phrasing is bold and well-considered, and if his instrument sounded better in the '70s, in the truest sense Cohen is singing better than he has in his life. Cohen's backing band has gone through a few changes since his version of the never-ending tour began, and the occasional horn solos and jazz fusion accents that appeared on Live in London have faded into a more elemental sound that serves the songs much better than before, with Alex Bublitchi's violin and Javier Mas' laud and bandurria accenting the arrangements beautifully. The interplay between Cohen and his backing vocalists Sharon Robinson, Charley Webb, and Hattie Webb has only become warmer and more satisfying over the space of five years, and with three hours of music, you can't say Cohen and his band aren't delivering value for your entertainment dollar. Line in Dublin reveals Leonard Cohen is actually growing and improving as a performer as his 80th birthday looms on the horizon, and this unexpected and welcome new chapter in his career continues to reap surprising and delightful rewards. 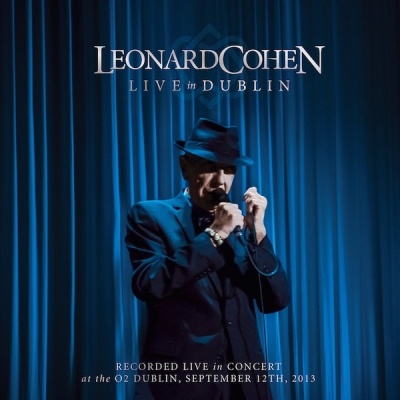