Leonard Cohen was a poet long before he decided to pick up a guitar. Despite singing in a dry baritone over spare arrangements, Cohen is a gifted lyricist who captivates the listener. New Skin for the Old Ceremony may be Leonard Cohen's most musical album, as he is accompanied by violas, mandolins, banjos, and percussion that give his music more texture than usual. The fact that Cohen does more real singing on this album can be seen as both a blessing and a curse -- while his voice sounds more strained, the songs are delivered with more passion than usual. Furthermore, he has background vocalists including Janis Ian that add significantly to create a fuller sound. It is no surprise, however, that he generally uses simple song structures to draw attention to the words ("Who By Fire"). The lyrics are filled with abstract yet vivid images, and the album primarily uses the metaphor of love and relationships as battlegrounds ("There Is a War," "Field Commander Cohen"). Cohen is clearly singing from the heart, and he chronicles his relationship with Janis Joplin in "Chelsea Hotel No. 2." This is one of his best albums, although new listeners should start with Songs of Leonard Cohen. 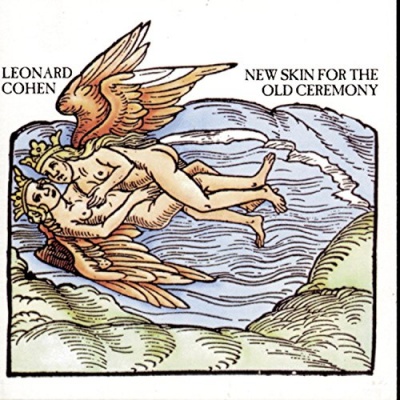