Thanks for the Dance Review

When Leonard Cohen sang "I was born like this, I had no choice/I was born with the gift of a golden voice" in his song "Tower of Song" in 1988, most people took it as a self-deprecating joke. No one regarded him as one of the great vocalists of his generation when he released his first albums in the late '60s, given the dour, sometimes flat tone of his delivery. Conventional wisdom has it that his albums succeeded not because of his singing but despite it. But a funny thing happened: as the man grew older and his instrument turned rougher and craggier, he learned to make it more eloquent than before, and he was giving some of his best and most seductive performances in the last decade of his life. In 2016, as Cohen was sitting side by side with mortality, he recorded a final batch of songs, nine of which appeared on his last album, You Want It Darker, issued just three weeks before his death in November 2016. Three years on, Leonard's son Adam Cohen, a singer and songwriter in his own right, has married nine more vocal performances from his father's last months to backing tracks, and the result is the album Thanks for the Dance. Several notable artists contributed their talents to this project -- among them Jennifer Warnes, Beck, and Leslie Feist -- yet it's Leonard Cohen's vocals and lyrics that dominate the spotlight, and with his voice reduced to a dry, throaty whisper, he manages to make some of the most compelling music of his life. In his frailty, Cohen finds a strength that's little short of miraculous, suggesting the musings of a prophet as he speak-sings these messages of darkness and light in the spaces between love and the ultimate finality. Adam Cohen has done a superb job with this material; the arrangements created after the fact sound like they were always meant to serve these songs, and they add a weight and dynamics that never distract from his father's words, some of which ("Puppets" and "It's Torn") recall the themes of his work of the early '70s, but mostly reflect the sweet, bitter wisdom that comes in life's final act. At a bit under 30 minutes, Thanks for the Dance might not seem to be a major statement at first glance, but it's a missive that carries startling power, and it's clearly not built from scraps and leftovers, but assembled with a love that's equal to the knowledge Cohen put into it. This adds more documentation to the wholly unexpected and satisfying final act of a truly great songwriter, and it deserves your attention. 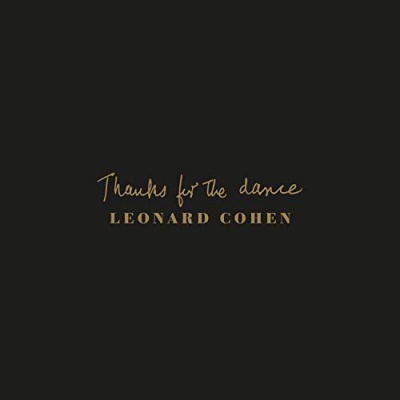 Thanks for the Dance Album Information