Songs of Love and Hate Review

Songs of Love and Hate is one of Leonard Cohen's most emotionally intense albums -- which, given the nature of Cohen's body of work, is no small statement. While the title Songs of Love and Hate sums up the album's themes accurately enough, it's hardly as simple as that description might lead you to expect -- in these eight songs, "love" encompasses the physical ("Last Year's Man"), the emotional ("Famous Blue Raincoat"), and the spiritual ("Joan of Arc"), and the contempt in songs like "Dress Rehearsal Rag" and "Avalanche" is the sort of venom that can only come from someone who once cared very deeply. The sound of the album is clean and uncluttered, and for the most part the music stays out of the way of the lyrics, which dominate the songs. Thankfully, Cohen had grown noticeably as a singer since his first two albums, and if he hardly boasts a range to rival Roy Orbison here, he is able to bring out the subtleties of "Joan of Arc" and "Famous Blue Raincoat" in a way his previous work would not have led you to expect. And while Bob Johnston's production is spare, it's spare with a purpose, letting Cohen's voice and guitar tell their stories and using other musicians for intelligent, emotionally resonant punctuation (Paul Buckmaster's unobtrusive string arrangements and the use of a children's chorus are especially inspired). And Songs of Love and Hate captured Cohen in one of his finest hours as a songwriter, and the best selections (especially "Famous Blue Raincoat," "Joan of Arc," and "Love Calls You by Your Name") rank with the most satisfying work of his career. If Songs of Love and Hate isn't Cohen's best album, it comes close enough to be essential to anyone interested in his work. 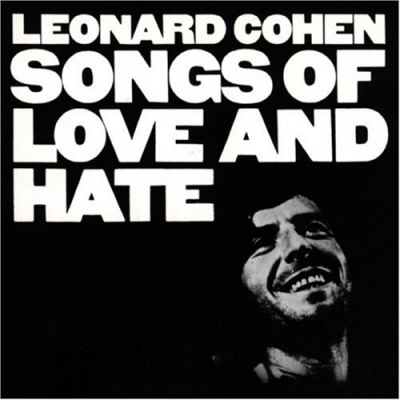