The first thing Leonard Cohen's music fans noticed about his sixth new studio album, given the typically open-ended title Recent Songs, was that, musically, it marked a return to the gypsy folk sound of his early records after the incongruous arrangements Phil Spector imposed on its predecessor, Death of a Ladies' Man, only two years earlier. There were subtle musical developments, particularly a flavor of the American Southwest, courtesy of the band Passenger, which played on several tracks, but the acoustic guitars and violin recalled classic Cohen. Fans of the artist's poetry noticed something else. His writing had become increasingly bitter and angry during the 1970s in the books The Energy of Slaves and Death of a Lady's Man as well as in his lyrics, but there was a new equanimity in these Recent Songs that began with the welcoming introduction of "The Guests." All was not suddenly well, of course, but "the open-hearted many" outnumbered "the broken-hearted few." Cohen's usual mixture of religious and sexual imagery in the songs was elegant and evocative rather than painful. If he was conscious of the sacrifices he had made in vain in "Came So Far for Beauty," he was nevertheless able to make a sincere plea to a woman in "The Window," mixing it with a prayer to "gentle this soul." The album was full of references to absence and dislocation, but Cohen deliberately countered them with humor. The cover of "The Lost Canadian (Un Canadient Errant)" was enlivened by a mariachi arrangement, and the album ended with "Ballad of the Absent Mare," an allegory about a cowboy's search for a horse that ended with the suggestion that the pursuit was only a romantic game. Though often abstract, Recent Songs suggested Cohen had regained a certain equilibrium after a long dark period. 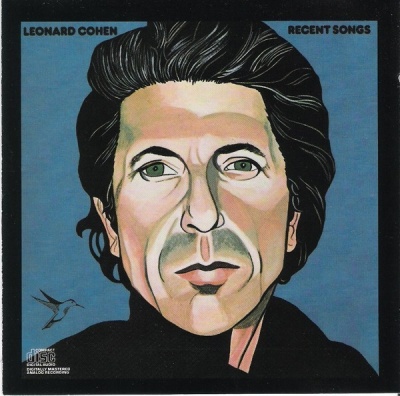