"I'm back on Boogie Street," declares Leonard Cohen on two different songs in this collection, titled with characteristic understatement Ten New Songs. (Previous album titles have included Songs of Leonard Cohen, Songs from a Room, and Recent Songs.) More poet than musician, Cohen has, since his early albums, tended to rely on collaborations with musicians to put together his music: John Lissauer on 1974's New Skin for the Old Ceremony, Henry Lewy on 1979's Recent Songs, and, notoriously, Phil Spector on 1977's Death of a Ladies' Man. On Ten New Songs, his partner is former backup singer Sharon Robinson, who co-wrote "Everybody Knows" on 1988's I'm Your Man and earns co-writing credit on all the material here. She has also conjured the musical backgrounds ("All tracks arranged, programmed, and performed by Sharon Robinson," reads the credit), and she harmonizes with Cohen throughout. But all collaborators (even Spector) are in the service of Cohen's poetic vision, which remains the dominant element on this elegiac set. After a restatement of purpose on "In My Secret Life," he turns in a moody set of reflections on decline, even alluding to fellow poet Robert Frost's famous "Stopping By Woods on a Snowy Evening" in "A Thousand Kisses Deep": "And maybe I had miles to drive/And promises to keep/You ditch it all to stay alive/A thousand kisses deep." The songs are full of leave-taking, with titles like "Alexandra Leaving" and "You Have Loved Enough" accurately describing the tone, concluding with the prayer-like valedictory "The Land of Plenty," which gently remonstrates with the consumer society the poet has always engaged and rejected: "May the lights in the land of plenty/Shine on the truth some day." Even in the quietude of Cohen's catalog, the result seems like a coda. 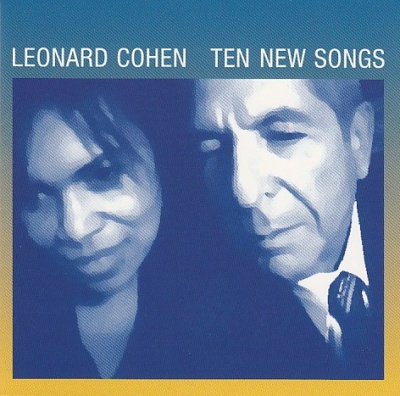