Can't Forget: A Souvenir of the Grand Tour Review

Leonard Cohen's return to touring in 2008 kicked off a remarkably productive and satisfying third act in his career, and his continued enthusiasm for live performances has been both surprising and rewarding, as Cohen has reminded his fans that he's one of the most compelling artists you can see on a stage, even in his eighth decade. But Cohen has also released three live albums since his comeback -- 2009's Live in London, 2010's Songs from the Road, and 2014's Live in Dublin -- and even his most loyal patrons must be wondering how badly they need a fourth. Product overkill might keep some of Cohen's fans away from 2015's Can't Forget: A Souvenir of the Grand Tour, which features live performances and soundcheck recordings from 2012 and 2013 road dates, but from a strict standpoint of quality, Cohen's batting average is still admirably high, and this album once again leaves no doubt as to his continued strength as a vocalist. Admittedly, as Cohen was close to 80 when he recorded most of these performances, his instrument is not as smooth as it once was (and it was never pristine), but he can do remarkable things with the register he has left, and his phrasing is artful while his emotions are honest and beautifully rendered (short of Alberta Hunter, no one in this age bracket has ever sung about sex with this degree of conviction and realism). Cohen's band, who have been consistently superb since he resumed touring, are in great form here, and generally sound a bit more spare and restrained, with fewer extended solos and a coolly blues-influenced feel on a pair of new tunes, "Never Gave Nobody Trouble" and "Got a Little Secret." Good as his bandmates are, on Can't Forget, Cohen is the star, and he's as strong, as witty, and as willing to lay himself emotionally bare as ever; it's anyone's guess how much longer he intends to keep going, but there's nothing here to suggest he needs or wants to quit now. 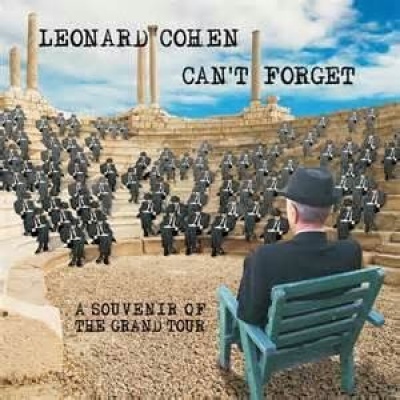 Can't Forget: A Souvenir of the Grand Tour Album Information