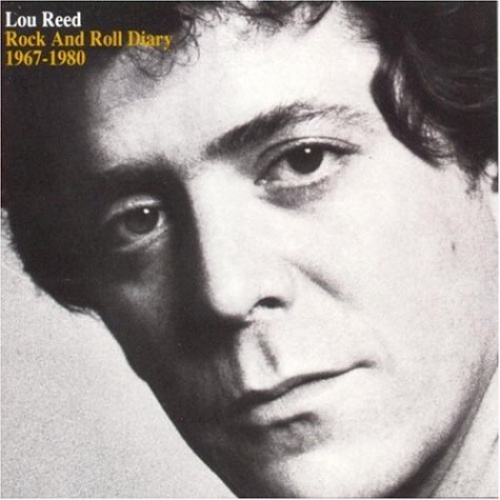 Given the large number of stylistic detours and periodic creative dead ends that have marked Lou Reed's career, it isn't surprising that his body of work doesn't readily lend itself to a neatly packed "greatest hits" album; while there are more than a few Lou Reed collections on the market, most of them fall short of the mark as a truly accurate representation of his body of work. While flawed, Rock and Roll Diary: 1967-1980 fares better than most; by necessity, it stops before Reed could enter his career renaissance period with 1982's The Blue Mask, and it doesn't glean as many of the scattered gems from his RCA period as one might hope. But it's one of the few Reed collections that starts with his work in the Velvet Underground rather than the dawn of his solo career, and if the first half isn't the Velvets collection of your dreams, it's a concise and telling picture of just how special their music really was, honoring both their sweet and bitter sides. The second half of Rock and Roll Diary looks at Reed's post-Velvets solo work, and while there are plenty of puzzling gaps (nothing from Coney Island Baby? where's "Perfect Day" and "Kill Your Sons"?) and a curiously strong emphasis on the transitional Growing Up in Public, the songs that do appear are Reed in prime form, and the live workout on "Street Hassle" that closes this set ends the album on a high note. Rock and Roll Diary: 1967-1980 tries to summarize Reed's career as a major creative figure rather than pull together a handful of relative "hits," and if it doesn't quite achieve its goal, it comes close enough to remind anyone that Reed is one of the best and most intriguing figures in American rock & roll.