Rock and Roll Heart was Lou Reed's first album for Arista Records, and one senses that he wanted to come up with something saleable for his new sponsors. Uptempo numbers with pop hooks dominate the set, the 12 songs zip by in an efficient 38 minutes, and instead of Reed's trademark meditations on the dark side of life, the lyrics are (for the most part) lean bursts of verse and chorus, in which the artist sings the praises of good times in general and rock & roll in particular (then again, on "I Believe in Love," Reed pledges his allegiance to both "good time music" and "the iron cross," a bit of perversity to remind us whose album this is). But if Rock and Roll Heart sounds like "Lou Reed Lite," there are more than a few flashes of Reed's inarguable talent. His band is in fine form (especially Marty Fogel on sax and Michael Fonfara on keyboards). "Banging on My Drum" is a crunchy rocker that recalls his work with the Velvet Underground; "A Sheltered Life" is an amusing bit of VU archeology (the Velvets demoed the song, but this marked its first appearance on record); and the closer, "Temporary Thing," is a bitter, haunting narrative that foreshadows Reed's next album, the harrowing masterpiece Street Hassle. 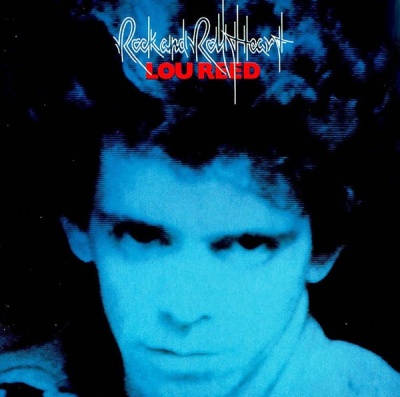