The rise of the punk/new wave movement in the late '70s proved just how pervasive Lou Reed's influence had been through the past decade, but it also gave him some stiff competition, as suddenly Reed was no longer the only poet of the New York streets. 1978's Street Hassle was Reed's first album after punk had gained public currency, and Reed appeared to have taken the minimal approach of punk to heart. With the exception of Metal Machine Music, Street Hassle was Reed's rawest set of the 1970s; partly recorded live, with arrangements stripped to the bone, Street Hassle was dark, deep, and ominous, a 180-degree turn from the polished neo-glam of Transformer. Lyrically, Street Hassle found Reed looking deep into himself, and not liking what he saw. Opening with an uncharitable parody of "Sweet Jane," Street Hassle found Reed acknowledging just how much a self-parody he'd become in the 1970s, and just how much he hated himself for it, on songs like "Dirt" and "Shooting Star." Street Hassle was Reed's most creatively ambitious album since Berlin, and it sounded revelatory on first release in 1978. Sadly, time has magnified its flaws; the Lenny Bruce-inspired "I Wanna Be Black" sounds like a bad idea today, and the murk of the album's binaural mix isn't especially flattering to anyone. But the album's best moments are genuinely exciting, and the title cut, a three-movement poetic tone poem about life on the New York streets, is one of the most audacious and deeply moving moments of Reed's solo career. Raw, wounded, and unapologetically difficult, Street Hassle isn't the masterpiece Reed was shooting for, but it's still among the most powerful and compelling albums he released during the 1970s, and too personal and affecting to ignore. 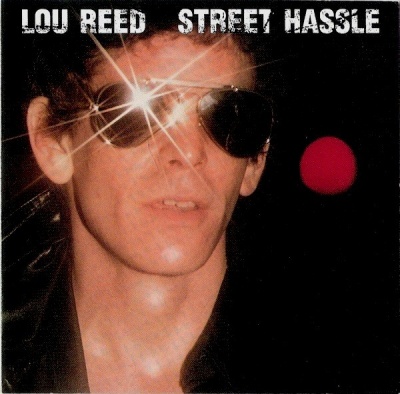