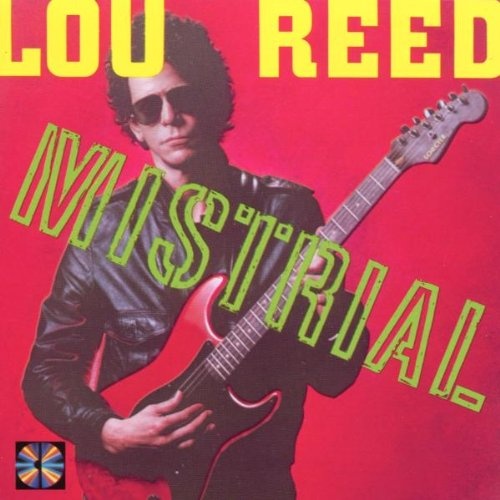 Between 1982 and 1984, Lou Reed put together the best band of his solo career, recorded three superb albums, and left behind a fine live double after two rapturously received world tours -- not a bad track record from a guy who had been so inconsistent throughout the 1970s. One might well have argued that Lou was due for a disappointment, and Mistrial certainly filled that bill. On Mistrial, Reed opted to handle both lead and rhythm guitar parts as he had on New Sensations, but with a few shades less precision, and while Fernando Saunders once again did yeoman work as a bassist, as a co-producer he didn't fill out Reed's sound especially well. The decision to use a drum machine on most of these tracks gives the album a stiff feeling, and a texture that captures what was least fortunate about '80s rock, but most importantly Reed didn't have an album's worth of top-shelf songs on tap. "No Money Down" and "Tell It to Your Heart" are smart and funny sketches on the difficult art of romance, while "Mama's Got a Lover" is an unexpectedly sweet character study and "The Original Wrapper" is a game stab at hip-hop from a 44-year-old white guy. But "Outside" and "Spit It Out" are just filler, and "Video Violence" is a pretty strange attack on the media from a guy who tried to bring the mindset of William S. Burroughs and Hubert Selby, Jr. to rock & roll. Mistrial wasn't one of Reed's worst albums (it's hard to imagine Sally Can't Dance ever being deprived of that honor), but it certainly lowered his batting average as he seemed to be on a hot streak -- as if his longtime fans needed to be reminded that he was fallible.