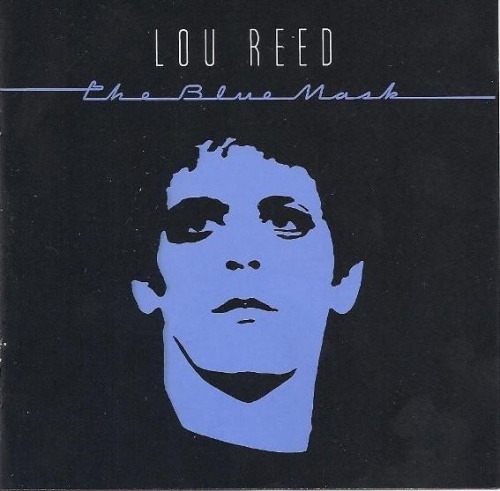 In 1982, 12 years after he left the Velvet Underground, Lou Reed released The Blue Mask, the first album where he lived up to the potential he displayed in the most groundbreaking of all American rock bands. The Blue Mask was Reed's first album after he overcame a long-standing addiction to alcohol and drugs, and it reveals a renewed focus and dedication to craft -- for the first time in years, Reed had written an entire album's worth of moving, compelling songs, and was performing them with keen skill and genuine emotional commitment. Reed was also playing electric guitar again, and with the edgy genius he summoned up on White Light/White Heat. Just as importantly, he brought Robert Quine on board as his second guitarist, giving Reed a worthy foil who at once brought great musical ideas to the table, and encouraged the bandleader to make the most of his own guitar work. (Reed also got superb support from his rhythm section, bassist extraordinaire Fernando Saunders and ace drummer Doane Perry). As Reed stripped his band back to a muscular two-guitars/bass/drums format, he also shed the faux-decadent "Rock N Roll Animal" persona that had dominated his solo work and wrote clearly and fearlessly of his life, his thoughts, and his fears, performing the songs with supreme authority whether he was playing with quiet subtlety (such as the lovely "My House" or the unnerving "The Gun") or cranked-to-ten fury (the paranoid "Waves of Fear" and the emotionally devastating title cut). Intelligent, passionate, literate, mature, and thoroughly heartfelt, The Blue Mask was everything Reed's fans had been looking for in his work for years, and it's vivid proof that for some rockers, life can begin on the far side of 35.