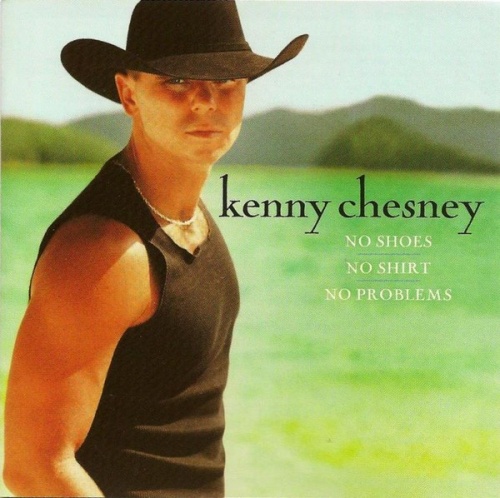 Kenny Chesney has a voice that'd be perfect for hard country, but he just doesn't have his heart in it. He likes the sweet melodies and smooth production that come with crossover country-pop, and while that may have been a frustration at one point, at least for those who consider pure country as the only guideline for quality in country, by his sixth album, 2002's No Shoes, No Shirt, No Problems, he's landed upon an effortless blend of pop and twang, something that is undeniable in its crossover intentions but rather charming all the same. Perhaps Chesney relies a bit too much on ballads and mid-tempo numbers throughout this album, but even the sprightlier numbers here -- the terrific opener "Young," "Big Star" -- are not honky tonk ravers, but heartland-styled rockers that gently rock and keep the melody in the forefront. So, all of No Shoes flows smoothly, and little of it could be called pure country -- the most down-home thing about the entire enterprise is the rounded twang in his voice -- but as a mature, even-handed country-pop album, it doesn't get much better than this in 2002, since it's melodic, well produced, strong on solid material, and most of all, very well sung. It's one of the highlights in his catalog.