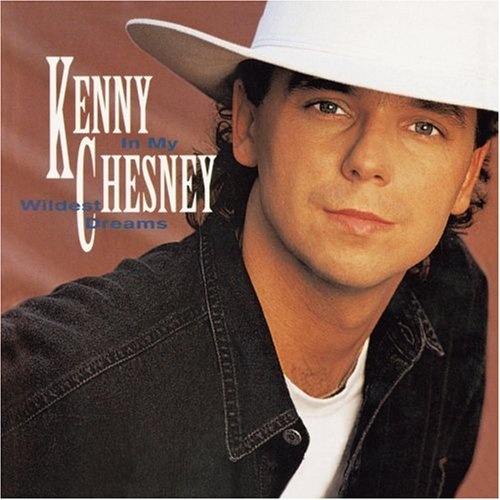 On his 1994 debut album In My Wildest Dreams, Kenny Chesney was pretty much packaged and presented as a new Garth Brooks, complete with a big hat and a big production that had its eye on crossover but was still planted within the sound of new traditionalist. And this is indeed the most traditional that Kenny Chesney ever sounded, as he sings Keith Whitley's wry "I Want My Rib Back" and spends his time kicking out lean, hooky country-rockers like the title track, "Whatever It Takes," and "Somebody's Callin," or the swinging Texas barroom anthem "High and Dry." Even the ballads -- "The Tin Man," which he later revived, and "When She Calls Me Baby" -- aren't quite as shellacked with gloss as they would be just a year later, making them feel more country even if their heart is already in pop, something that can't quite be said for the rest of the album, which sounds and feels like a full-on new traditionalist country record. And it's very appealing too -- the album is sprightly, a giddy good time, and Chesney already shows signs of being a good writer. The only thing that doesn't quite feel right is Chesney's singing; his twang sounds a bit affected, as if he's trying too hard, which is odd since he'd later make a career out of casual, but that's something that can be discerned only in retrospect. Apart from that, this is a thoroughly appealing debut, although, to be honest, its heavy country vibe doesn't have all that much to do with what he did later.