Good times have sunk into the marrow of Kenny Chesney’s bones, slowing down his metabolism, making him unlikely to kick up his tempos or turn up his amplifiers. Age slows you down but so do too many afternoons on the beach Chesney continues to romanticize, although not quite so much on 2010’s Hemingway’s Whiskey as he did on his last decade of records. Unlike its immediate predecessor, 2008’s Lucky Old Sun, Hemingway’s Whiskey isn’t simply lazy: it’s slow but it’s burnished and classy, not quite as literary as the Guy Clark title track might initially indicate, but surely handsome, its seamless weaving of guitars being the aural equivalent of high thread count sheets. By moving so slow, it seems assured the way only a work by a major star can, and if Chesney isn’t especially curious about expanding his horizons -- he doesn’t attempt anything new, he still dresses his Garth Brooks moves in guitars from U2, his history extends as far back as 1998, the year when George Jones originally recorded “Small Y’all” and he’s respectful enough to bring the Possum in for a duet -- he’s at least never sounds disinterested in his work. If anything, he’s a little too obsessive about his studio craft, polishing his hand-picked songs -- Chesney long ago ceding the writing spotlight to others, penning only one tune here, relying on such writers as Scotty Emerick, Deana Carter, Matraca Berg and David Lee Murphy -- so they all bear his same relaxed signature, winding up with an album that’s cohesive because it’s monochromatic. Then again, monochromatic can also be read as reliable, giving the people what they want and with Chesney, that’s an easy, relaxed good time…it’s just, now that he’s in his 40s, he makes records designed for a quiet weekend afternoon at home instead of a Friday night kegger. 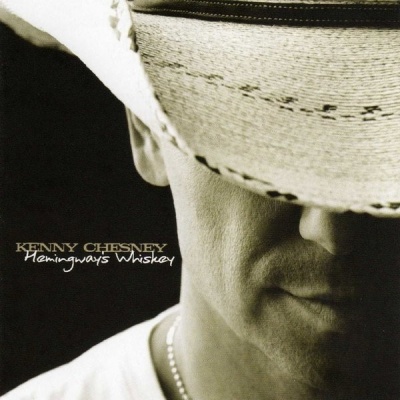