Welcome to the Fishbowl Review

There are two sides to Kenny Chesney: a side that loves the good times and a side that reflects on what it all means. The quieter side won out on 2010's Hemingway's Whiskey, an unusually literary album boasting a title track written by Guy Clark and a mournful hit in his Grace Potter duet "You and Tequila." That Top Ten country hit is reprised in a live version tacked at the end of 2012's Welcome to the Fishbowl but, as the cheeky title suggests, this is a far cheerier affair than the handsomely burnished Hemingway's Whiskey. Chesney ropes in Tim McGraw to rhapsodize about the nights when you "Feel Like a Rock Star," he sets up camp on a breezy beach so he can think about how "Time Flies," and when things get slow -- which they inevitably do on the back half of the record, where all the ballads gently roll from one to another -- there is not an underpinning of sadness, just a persistent feeling of comfort. Wedded to this warmth is a crisp clean sheen, a sound so bright that it threatens to get goofy when Chesney and crew rock out -- they're no longer as urgent as they were even five years earlier, which gives the gurgling swing of the title track a stiff white-boy funkiness that isn't necessarily alienating -- but such chipper charm permeates the entirety of Welcome to the Fishbowl, turning it into an everyday feel-good record, the kind that generates moments of warmth when heard fleetingly on the radio, at the grocery store, in a doctor's office, at work, or even at home. 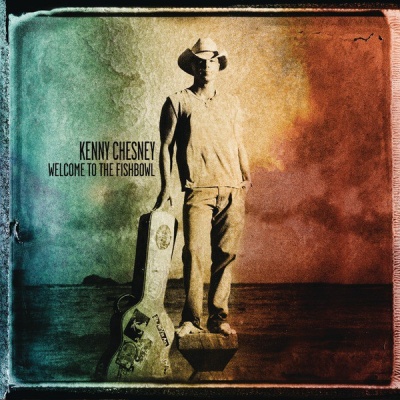 Welcome to the Fishbowl Album Information