As he headed into 2014, Kenny Chesney's career wasn't in need of a revival but after two successive commercial underperformers, it needed a jolt of energy, something The Big Revival provides. Abandoning the sun-bleached intimacy of Life on a Rock, Chesney cranks up the volume on The Big Revival, but it's not so much that the record is loud; rather, it's blazingly bright, crisp, and clean, from its singalong party tunes to its ballads. One of those ballads, "Wild Child," features Grace Potter, the singer who helped take "You and Tequila" high on the charts in 2011, her presence a subtle reminder that Chesney's biggest new millennial hits have been slow songs. Despite this apparent strength, the singer doesn't spend much time in the slow lane on The Big Revival. Most of the record clips along at a brisk pace, often spending time churning out reliable arena-filling anthems, but the record sounds so open that even the deliberate numbers feel expansive. This shift in attitude is entirely reliant on Chesney and his longtime producer Buddy Cannon's decision to supplement their regular stable of songwriters -- Shane McAnally and Rodney Clawson each have multiple credits -- with a few new writers, just enough to give this record a bit of thematic freshness to complement its sound. Chesney remains a bit of a romantic with a fondness for drinking songs, but there are passing references to Bonnaroo and Burning Man while the lead single, "American Kids," offers a snapshot of how life is lived in 2014. These scattered allusions help Chesney seem like a modern man, even as he faces the start of his third decade as a country star, while the sly slickness The Big Revival also feels contemporary: far from chasing the bro-country wagon, Chesney overhauls his core strengths, winding up with his best record in years. 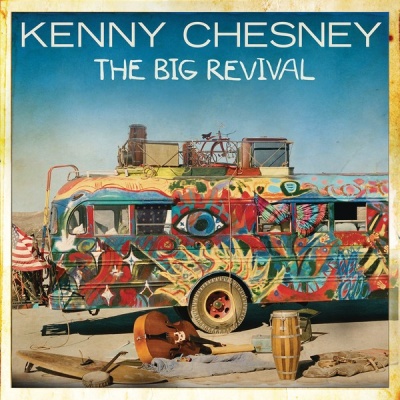