Kenny Chesney initially planned his 17th studio album to be a set with the Mellencamp-esque title Some Town Somewhere, but as the album drew closer to its scheduled summer 2016 release, the singer/songwriter decided to revise the record, turning it into Cosmic Hallelujah. Some of the earlier album survives -- "Some Town Somewhere" opens up the second side -- but Cosmic Hallelujah is a decidedly different album than its predecessor, the 2014 set The Big Revival. Much of Cosmic Hallelujah pivots off of the big singalong "American Kids" -- the Shane McAnally co-write that was added to the album at the last minute -- and Chesney also uses the P!nk duet "Setting the World on Fire" as his lodestar, choosing to fill the album with rhythmically savvy country songs that could easily slide onto adult contemporary airwaves. More than that, Chesney chooses to load this album up with songs about the modern condition: "Noise" explicitly tackles the digital overload of the 21st century, while "Trip Around the Sun" opens up the album with a nod to climate change, and "Rich and Miserable" claims that "too much is never too much," an admission that materialism is a dead end. Perhaps Chesney is searching for meaning in his middle age, perhaps he's simply attempting to tap into the shifting zeitgeist -- certainly Cosmic Hallelujah takes the percolating country R&B of Sam Hunt into full account -- but the remarkable thing about the album is that it feels simultaneously restless and faithful, with music that stays true to his buoyant hits as it taps into the melancholy undercurrents that flow through his quiet albums. Cosmic Hallelujah veers toward happy but the subtext can be sad: Chesney recognizes the world is changing, so he does his best to hang on to the things that matter to him, while allowing himself to embrace over-saturated modernity. It seems like it'd be a tricky balance, but the nifty thing about Cosmic Hallelujah is that it plays as if it's a passion project: Chesney is determined to connect with his times without abandoning himself, and the result is one of his best records. 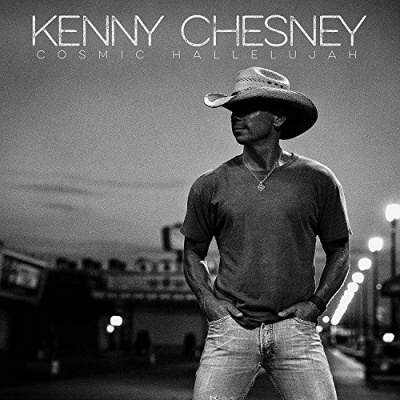