All I Need to Know Review

Kenny Chesney's second full-length, All I Need to Know was his breakthrough record, the first to spawn country Top Ten singles, here in the form of the slow slick title track and the sprightly "Fall in Love," both of which go a long way toward illustrating how much more assured he sounds throughout the album. Chesney may sound more confident, but that sometimes can lead him down dark paths, such as the sticky sentiment of "Grandpa Told Me So." But by and large this is the first time that Chesney sounds like a genuine country star, whether he's easily negotiating the Western swing lilt of the excellent "The Bigger the Fool (The Harder the Fall)" or the rapid rhythms of "Someone Else's Hog," plus the good-natured boogie of "Paris, Tennessee." But the post-Garth punch of "Honey Would You Stand by Me," the slow yet cheerful blues of "Between Midnight and Daylight," and the skillful heartache ballad "The Tin Man" -- which deftly reworks a cliché -- really pointed the way to the future, capturing the blend of country instrumentation and anthemic pop that became his signature and made him a star. 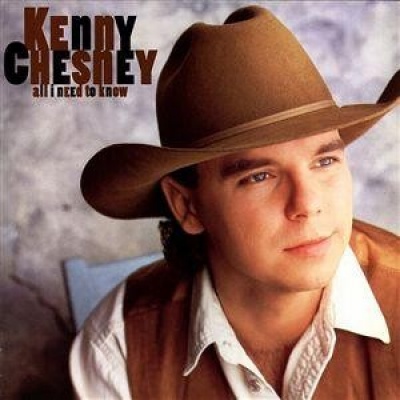 All I Need to Know Album Information