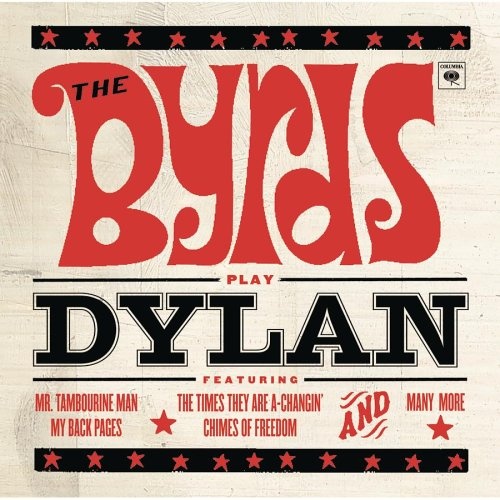 The Byrds' unsurpassed ability, at least most of the time, to arrange and interpret Bob Dylan songs was but one facet of their greatness. Still, it was an important facet, and this 20-track collection of Dylan covers gathers most of the evidence in one place (though it doesn't have versions of "Mr. Tambourine Man" and "The Times They Are A-Changin'" from The Preflyte Sessions). There are 20 tracks, but that doesn't quite mean 20 Dylan songs; a number of these are represented by both a studio version and an alternate take or live performance, though fortunately the multiple readings are spaced far enough from each other to avoid undue redundancy. As far as the contents go, about half of a dozen of these cuts are undisputedly among the best Dylan covers ever, including "Mr. Tambourine Man," "All I Really Want to Do," "Chimes of Freedom," "My Back Pages," and "Spanish Harlem Incident." Most of the others are well done and satisfying at the least, though some aren't so hot, like "Lay Lady Lay" and "Just Like a Woman." It's strange that it's sequenced so that rather than leading off with their "Mr. Tambourine Man," the most important and famous recording in all of folk-rock, that cut appears sixth, but that's a small reservation. Nothing here is previously unreleased, though about half a dozen were not issued until long after they were recorded, on rarity compilations, the group's box set, and expanded CD editions of their original LPs. Those rarities, for the curious who might not have kept up with all those reissues, include an early studio version of "The Times They Are A-Changin'," live versions of "Chimes of Freedom" and "It's Alright Ma (I'm Only Bleeding)" from the late '60s and early '70s, the 1971 studio outtake "Just Like a Woman," the 1965 studio outtake "It's All Over Now, Baby Blue," an alternate take of "Lay Lady Lay," and a 1990 recording of "Paths of Victory" by a reunited version of the Byrds.