Among the later Byrds albums, Untitled was always the one to own, even if you weren't a huge fan. Issued back in 1970 as a two-priced-as-one LP, Untitled was one of the few modest commercial successes for the latter-day group. "Eight Miles High" is the high point, a 15-minute jam that showcases this band's prowess. The studio sides aren't to be overlooked, however -- the group by this time was modifying its established sound into more of a '70s mode, and the influence of new members Gene Parsons and Skip Battin was showing up, pushing aside the familiar timbre of Roger McGuinn's 12-string Rickenbacker in favor of a leaner country-rock orientation. On some of this material (especially the Parsons-Battin "Yesterday's Train" and Battin's "Well Come Back Home"), they sound more like Crosby, Stills, Nash & Young. The only song on the album to get heard by people other than serious Byrds fanatics was McGuinn's "Chestnut Mare," but "Truck Stop Girl," "All the Things," the group's version of Leadbelly's "Take a Whiff on Me," and, especially, "Just a Season" (maybe the prettiest song McGuinn has ever written) also hold up very well. Other numbers, like the environmental ode "Hungry Planet," are more of an acquired taste. 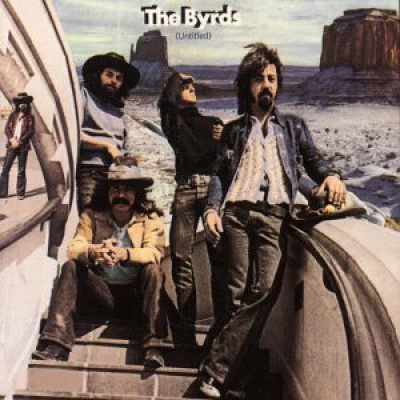