Younger Than Yesterday was somewhat overlooked at the time of its release during an intensely competitive era that found the Byrds on a commercial downslide. Time, however, has shown it to be the most durable of the Byrds' albums, with the exception of Mr. Tambourine Man. David Crosby, Roger McGuinn, and especially Chris Hillman come into their own as songwriters on an eclectic but focused set blending folk-rock, psychedelia, and early country-rock. The sardonic "So You Want to Be a Rock & Roll Star" was a terrific single; "My Back Pages," also a small hit, was the last of their classic Dylan covers; "Thoughts and Words," the flower-power anthem "Renaissance Fair," "Have You Seen Her Face," and the bluegrass-tinged "Time Between" are all among their best songs. The jazzy "Everybody's Been Burned" may be Crosby's best composition, although his "Mind Gardens" is one of his most excessive. 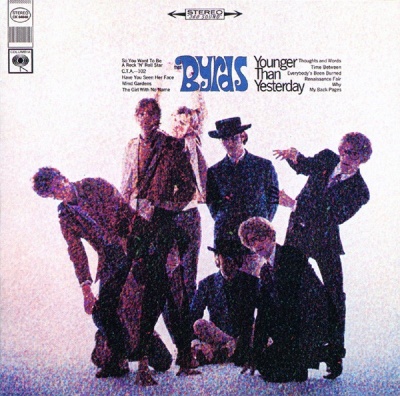