The recording sessions for the Byrds' fifth album, The Notorious Byrd Brothers, were conducted in the midst of internal turmoil that found them reduced to a duo by the time the record was completed. That wasn't evident from listening to the results, which showed the group continuing to expand the parameters of their eclecticism while retaining their hallmark guitar jangle and harmonies. With assistance from producer Gary Usher, they took more chances in the studio, enhancing the spacy quality of tracks like "Natural Harmony" and Goffin & King's "Wasn't Born to Follow" with electronic phasing. Washes of Moog synthesizer formed the eerie backdrop for "Space Odyssey," and the songs were craftily and unobtrusively linked with segues and fades. But the Byrds did not bury the essential strengths of their tunes in effects: "Goin' Back" (also written by Goffin & King) was a magnificent and melodic cover with the expected tasteful 12-string guitar runs that should have been a big hit. "Tribal Gathering" has some of the band's most effervescent harmonies; "Draft Morning" is a subtle and effective reflection of the horrors of the Vietnam War; and "Old John Robertson" looks forward to the country-rock that would soon dominate their repertoire. 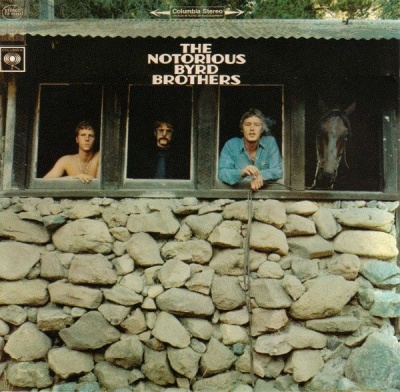