This budget-priced box set from the AOR rock legends serves as an almost complete anthology of the Steve Perry era, with Infinity (1978), Evolution (1979), Escape (1981), Frontiers (1983), and Raised on Radio (1986) appearing in their entireties. Sadly, 1980's Departure, which featured the hit "Any Way You Want It," didn't make the cut, but nearly every other notable Perry-era classic like "Open Arms," "Don't Stop Believing," "Separate Ways (World's Apart)," "Stone in Love," "Anytime," "Lights," and "Faithfully" is here, resulting in a fairly labor-intensive yet highly affordable way to procure the group's greatest hits and then some. 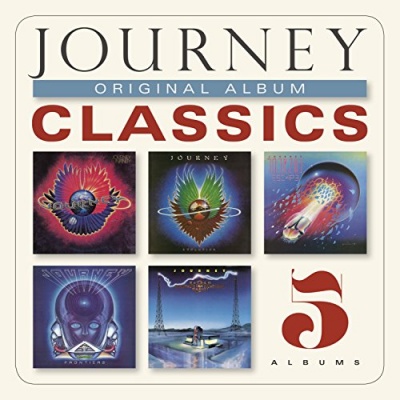