Frontiers managed to give Journey four Top 40 hits, with "After the Fall" and "Send Her My Love" both reaching number 23, "Faithfully" at number 12, and "Separate Ways" peaking at number eight -- the same amount that 1981's Escape brandished. While they tried to use the same musical recipe as Escape, Frontiers comes up a little short, mainly because the keyboards seem to overtake both Schon's guitar playing and Steve Perry's strong singing. An overabundance of Jonathan Cain's synth work cloaks the quicker tunes and seeps into the ballads, slightly widening the strong partnership of Perry and Schon. "Faithfully" tried to match the powerful beauty of "Open Arms," and while it's a gorgeous ballad, it just comes inches away from conjuring up the same soft magic. "Separate Ways" grabs attention right off the bat with stinging synthesizer and a catchy guitar riff, and "Send Her My Love" emphasizes Perry's keen ability to pour his heart out. The rest of the songs on the album lack the warmth that Journey is famous for, especially in their mix of fervor and intimacy shown on this album's predecessor. 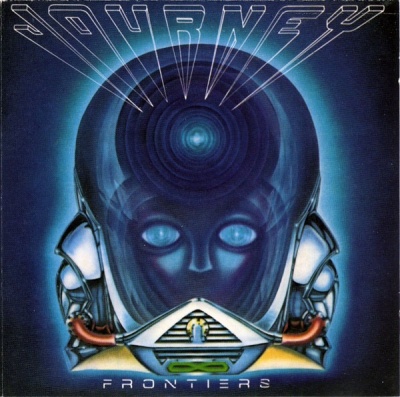