The third and final album of what could be called Journey's cocoon phase (Escape would give birth to a fully formed butterfly and put the band through the stratosphere), 1980's Departure would also be the quintet's last with keyboardist/vocalist Gregg Rolie. Produced by Geoff Workman and Kevin Elson (essentially both engineers turned producers), the album continued to build on the band's previous two recordings, but offered an added edge, arrangement-wise. This was likely due to the fact that the band had walked into Automatt Studios with 19 new tunes and proceeded to record most of them live, eventually trimming down to 11 songs. Catapulted all the way up to number eight on the Billboard Top 200, Departure was the band's highest charting album to date and got off to an explosive start with the driving riffs and chorused vocals of "Anyway You Want It" (another radio smash that would chart Top 25). Never sounding tighter, the quintet then launched into "Walks Like a Lady" (another future FM staple, climbing to number 32) and a string of outstanding rockers, including future concert opener "Where Were You" and the stop-go-stop-go energy of "Line of Fire." On the other hand, elegant power ballads like "Good Morning" and "Stay Awhile" would foreshadow the band's future commercial triumphs on Escape. And even though it packs the occasional filler like "Someday Soon" and "Homemade Love" (a weak attempt to boogie that falls absolutely flat), Departure is a solid record all around. Soon, Rolie would be replaced by the greater pop-savvy songwriting muscle of former Babys keyboard man Jonathan Caine, and Journey would go from huge cult act to monster superstars. 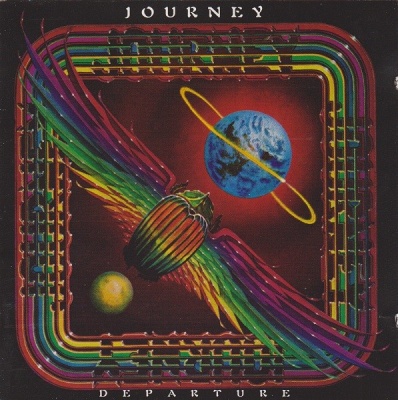