After spending the better half of the '70s as an ersatz prog band given to Neal Schon's noodling, never-ending solos, low record sales, and muddling about on the marginal rock circuit, the members of Journey certainly welcomed the phenomenal chart success and arena tours that came their way in the late '70s. With Captured, a live double-disc from 1980, the newly crowned kings of AOR show off like a formerly fat girl at prom. "Separate Ways" and "Faithfully" were still a few years away, but the band had plenty of hits by this time and they blast through them all, including a blistering version of "Any Way You Want It." The band are in rare form and vocalist Steve Perry uses Captured as his coming out, while the thousands of diehards sweating in the blistering sun give the album an underlying hum of energy that tops even Perry's. 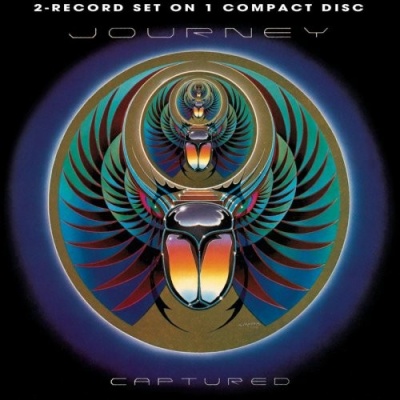