By 1977 Journey had reached a creative crossroads, with three underwhelming studio albums under their belt and little to show in the way of commercial success. At the prodding of manager Herbie Herbert, who felt a major shakeup was needed in order to reignite their spark, the band was convinced to audition and eventually recruit the services of former Alien Project vocalist Steve Perry. Sure enough, adding him to the band just prior to the sessions for Infinity proved to be a stroke of genius, and a move that undeniably altered the course of history for the fledging Bay Area act. Released in January of 1978, Infinity easily proved to be the band's most cohesive work to date. Dead and buried were the jazz fusion overtones of previous offerings, and with the new songwriting combo of Perry/Neal Schon leading the march, the band set out to completely redefine their sound. Traditional pop arrangements were now adopted, cutting out the unnecessary musical fat, and allowing each bandmember to play to his strength: Perry's soaring, whale of a voice, Schon's scorching fret work, and Gregg Rolie's subtle keyboard arrangements. Enlisting eccentric producer Roy Thomas Baker (already famous for guiding the likes of Queen and Nazareth to giant commercial triumphs of their own) also proved to be a rewarding move for the boys. With newfound confidence, Journey crafted a record that could finally land them on the radio. Loaded with future FM staples like "Wheel in the Sky" (which hit the Top 50 in April of 1978), "Lights" (which quietly peaked at number 68 that August), and "Anytime" (pretty much a flop, crawling to number 83 in July), Infinity introduced Journey to an entirely new audience. Even non-singles like "Patiently (the first tune Perry ever wrote with Schon) and "Somethin' to Hide" were leaps and bounds beyond the band's previous accomplishments. And, ultimately, though Infinity merely introduced the band to mainstream radio (it was the never-ending tour on which the band embarked on to support it that drove the disc past the platinum plateau), it effectively cemented their rep as one of America's most beloved (and sometimes hated) commercial rock/pop bands. With over 170 shows under their belts, Journey had just begin to hit their stride. [Infinity was reissued in 2006, housed in a fancy digipack with an expanded booklet.] 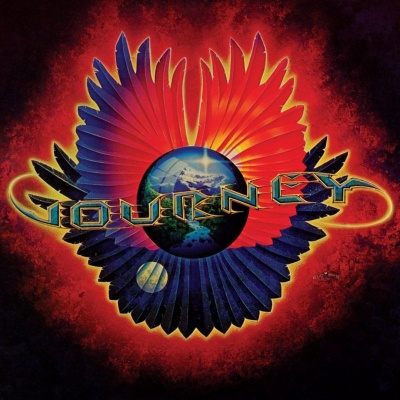