Just Who I Am: Poets & Pirates Review

There's no denying that the title Just Who I Am: Poets & Pirates, Kenny Chesney's tenth studio album, bears an undercurrent of autobiography, as if he's telling us exactly what he's all about. Given this, it would seem logical that this album would be built upon original songs -- especially since its title echoes Be as You Are (Songs from an Old Blue Chair), his intimate 2005 album of originals -- but Just Who I Am has not one original song, when even its 2005 predecessor, The Road and the Radio, had a pair, including the very good "Beer in Mexico." Just Who I Am might not come from Chesney's pen, but these songs nevertheless have the appearance of being autobiographical, as they dwell upon teenage nostalgia, bittersweet memories, and the importance of family because life speeds by faster than you'd think. All of this gives the impression that Chesney is living a comfortable, familiar middle-aged existence, surrounded by his wife and kids, appreciating what he's got but looking back on his life with a fond eye. This isn't quite true -- Chesney is leaving his thirties without a wife and kids, which makes the number of songs celebrating close family feel a little odd (even if the song "Wife and Kids" finds Kenny pining for this close-knit family), since these are not songs about who Chesney is; they're about who is audience is. This carries over to his breezy, steel-drum island songs -- particularly the George Strait duet "Shiftwork," a mellow workingman's anthem where George and Kenny playfully soften the F in the title, making for a genuinely funny highlight -- right down to the arena-filling ballads, such as "Dancin' for the Groceries," an instant camp classic where Kenny looks sympathetically at a single mom stripping to support her kids (a kindness undercut by hammy, clumsy lyrics, epitomized by "in sequins and laces/she's dancing for braces"). These mawkish sentiments are heavy-handed, as are the arrangements in the power ballads, which are just slightly too clean and commercial, produced with an eye on the middle of the road. This measured, polished production does mean that the ballads, of which there are just a bit too many, do blend together unless they tend to go a little over the top, whether it's the seize-the-day sentiment of "Don't Blink" or that stripper-mom salute. Fortunately, then, Chesney does spend some time creating party songs for the islands, songs that may be just as calculated as the power ballads but at least are livelier, which make them more immediate and more lasting than the ballads, whether it's the cheerful morning-after memories of "Got a Little Crazy," a ridiculous Joe Walsh-driven version of Dwight Yoakam's rocker "Wild Ride," or "Shiftwork." That's not a whole lot of good times for an 11-track album, but when paired with the couple of light, midtempo cuts that have a little more snap -- such as the opener, "Never Wanted Nothing More" -- it does mean that Just Who I Am just manages from sinking into adult contemporary murk, even if it's hard to shake the feeling that Chesney is spending too much time acting how his audience expects him to be instead of just being who he is. 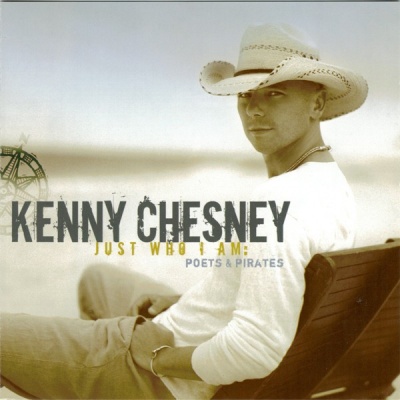 Just Who I Am: Poets & Pirates Album Information

At the Office Hanging Out Housework Summer