All That Matters Review

The One Thing didn't set the charts afire like Michael Bolton's previous album, so the crooner decided to refurbish his image for its sequel, All That Matters. Granted, the changes are merely cosmetic -- his hair is shorter and his voice doesn't escalate to its trademark piercing wail nearly so often -- but they are significant: they signal that Bolton wants to change things, but he doesn't know how. He tries to be hip by hiring Babyface and Tony Rich, but their sly, seductive contemporary soul doesn't fit with the rest of All That Matters, which shares the same synthesized blue-eyed soul foundation as all of Bolton's other albums. That wouldn't have been a problem if the material was as carefully-crafted as his old hit singles. Only a handful of cuts manage to capture the same sweeping, melodramatic schmaltz that characterized his biggest hits, and they are lost among an abundance of filler. And for an artist who needed a homer, not a single, that's a major setback. 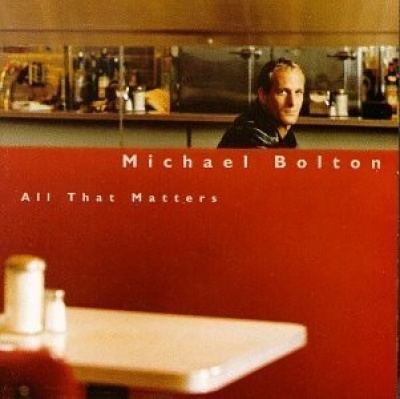 All That Matters Album Information