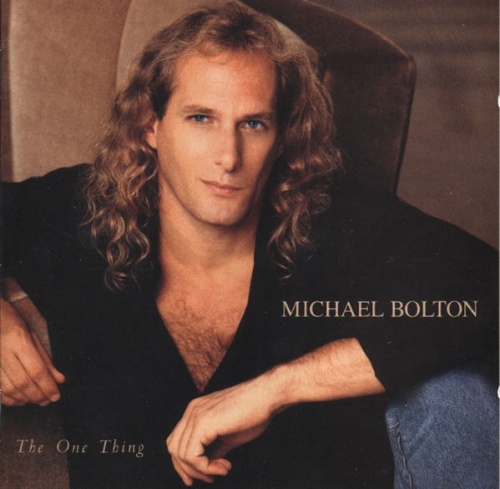 You could hardly call an album that neared the top of the charts, stayed in them for ten months, and sold three million copies a flop, but when it's following two straight #1's, and the artist's last album of new material stayed in the charts twice as long and sold twice as many copies, you can call it a disappointment. Maybe it was just that this was the fourth -- or fifth, if you count the covers album Timeless (The Classics) -- time around for Bolton's successful formula, but The One Thing sounded pro forma even for him. That didn't keep "Said I Loved You...But I Lied" from becoming a massive hit on soft-rock radio, but none of the other tunes really connected with his usually adoring public. It would not be wise, however, to count out a pop star as persistent as Michael Bolton.